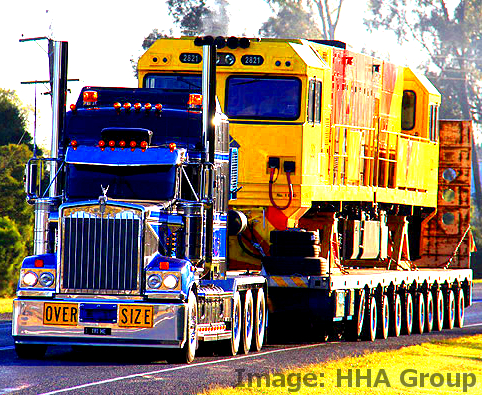 Ferrier Hodgson has taken over administration of the high-profile, heavy haulage logistics specialist, which was featured in the reality TV series ‘Megatruckers’.

The decision to enter voluntary administration was made in the best interests of protecting the HHA’s assets, the company says.

“This is indicative of the downturn we are seeing in the resources sector and the knock on effect it has and will continue to have on the transport industry,” he said.

“Unfortunately, HHA has a very high cost base and when revenues are challenged, it is left with little room in which to manoeuvre.”

“We will be working hard to try and achieve a strong outcome for all of the parties involved, but this is a tough time for Australia's transport industry and heavy haulage businesses in particular.”

Ferrier Hodgson will run the business as normal while a buyer is sought, and reports say it is also arranging to protect the interests of the employees, customers, suppliers and creditors.

A clear strategy and direction for the business could be announced in coming days.

McAleese Limited, which owns 50 per cent of Heavy Haulage Australia, is looking at its legal options.

“McAleese Group is considering its options for legal recourse against the vendor (and associated parties) of the company's shareholding in HHA Group, in connection with the sale process and conduct after that time,” it said in a statement to the stock exchange.

“In light of the sustained poor market conditions in the oil and gas and infrastructure sectors and HHA Group's inability to support the high fixed costs of its lease arrangements, McAleese Group concluded that further investment in HHA Group is unlikely to deliver an acceptable financial return and has withdrawn working captial support,” the statement said.

McAleese is looking at a $17 million hit this financial year due to loans, accrued interest and other money owed from HHA Group.

“HHA Group's debts are entirely non-recourse to McAleese Group and as a result the company does not consider that it has any further financial exposure relating to its investment in HHA Group,” McAleese said.