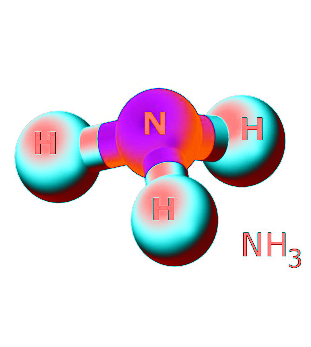 The race to find cheap, efficient, non-polluting ways of storing hydrogen could lead to a new ‘ammonia economy’ in Australia.

Experts say ammonia could become the basis of the future of totally sustainable energy and fertiliser, but producing it is energy intensive.

Monash University experts have laid out a roadmap to the ‘ammonia economy’.

Until now ammonia has largely been seen only as a way of storing and transporting renewable hydrogen to distant markets where it would be transformed back into hydrogen for use in fuel cells and power generation.

The roadmap recognises that pathway, but goes further by demonstrating how technology developments will eventually avoid the hydrogen step and enable the direct production of ammonia from renewable energy.

“The study is important because it sets out the opportunities that will arise from the development of the ammonia economy as well as some of the challenges that need to be overcome in developing the massive scale involved,” says chemistry professor Dr Douglas MacFarlane.

“The work adds to our understanding by teasing out and detailing the overlapping technology pathways and the developments required in each case towards reaching scale.

“The roadmap also details how ammonia can be used directly in a very broad range of energy applications, from acting as a diesel substitute in transportation, to power generation and even to jet fuel.

“The development of such broad ranging uses could ultimately support a global energy economy based substantially on ammonia.”

The new study assesses the current and emerging production technologies for ammonia from renewable energy sources, including an in-depth discussion of the issues confronting the field of research focussed on the direct electrochemical nitrogen reduction reaction (eNRR).

It also discusses some of the surrounding challenges that must be addressed in massively scaling up these technologies towards their use as a common fuel.

The broadening range of end-use modalities for ammonia as an energy carrier were surveyed too.

“Ammonia clearly has the potential to become the dominant form of transportable renewable energy in the future, displacing fossil fuels from all but the most demanding of applications,” Professor Macfarlane said.

“Our study aims to set out a roadmap for navigating the pathway towards the establishment of a large scale technology and supply chain based on ammonia.

“Our work has also considered the increasingly diverse range of applications of ammonia as a fuel that is emerging, while at the same time considering the broader, global environmental impacts of large-scale ammonia use as a fuel.”

Just over a century ago, discoveries by scientists Haber and Bosch made possible the industrial production of ammonia and ammonia-based fertilisers that today feed the world and are the source of most of our nitrogen-containing chemicals, materials, and pharmaceuticals.

The process generates H2 from natural gas or coal through steam reforming and combines it with N2, which has been separated from air by a cryogenic process, to form NH3.

The roadmap suggests the ammonia economy will emerge across three overlapping technology generations:

Generation 2 - moving the Haber-Bosch process to renewable sources of hydrogen.

Generation 3 - avoiding the need for the Haber-Bosch process entirely by direct electrochemical conversion of N2 to NH3. One of the attractive features of generation 3 technology is that it can be implemented at any level of scale, from kW to GW, and in a highly distributed fashion.

The full study is accessible here.