Big Vic. road plan just as quiet as the last 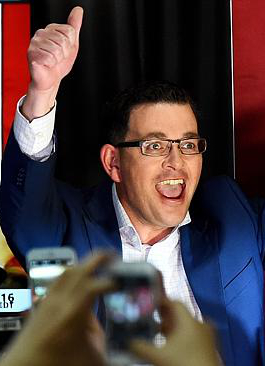 Victoria’s Labor government is refusing to release the business case for a big new road project, prompting a revival of the type of criticism recently levelled at its LNP predecessor.

Shadow treasurer Michael O'Brien has accused the Government of hypocrisy over its refusal to release a business case for the Western Distributor road project.

The Opposition says the Government is withholding details while undertaking negotiations, but Treasurer Tim Pallas says the project is still being assessed.

Mr O'Brien said it was unacceptable behaviour, given Labor's vocal campaign against the former government and its East West Link business case.

“At least with the East West Link there was a summary of the business case released months before the contract was ever signed,” he told reporters on Tuesday.

“[Victorian premier Daniel] Andrews is refusing to release any further details about this $5.5 billion toll road until he's already signed us up to it.

“It's not only wrong, it's very hypocritical.”

“He's pushing this case, funded by 15 years of extra tolls paid for by CityLink users... [but] there’s no guarantee Victorians will get value for money out of this project whatsoever.”

Treasurer Tim Pallas has pledged to release the information at the end of phase three of the project, if the Government decides it will go ahead.

“We promised that we would release this material and we will,” he said.

“Until we've concluded a process of analysis and assessment, then we won't start negotiating with Transurban.

“Whether or not this is a valuable project to proceed with should be part of a genuine public engagement.