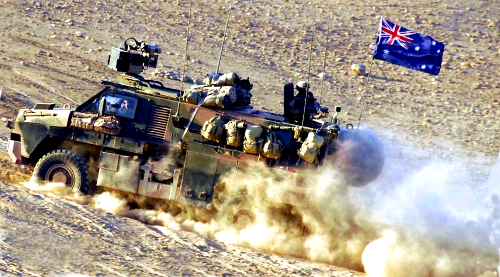 A high-tech consortium led by Boeing has been awarded a $900 million contract to upgrade Australia’s battlefield communications technology.

The Australian government has approved the big spend for a Defence project known as LAND 2072 phase 2B.

The contract covers the replacement of the Parakeet communications system installed by BAE in the nineteen-nineties.

The network will be used by any Australian ground troops on deployment.

The Boeing group beat major rivals Raytheon and BAE systems to score the contract, after BAE pulled out of its bid following revelations that two employees breached probity rules governing the tender.

A statement from Defence Minister Kevin Andrews said the access to and exchange of “large amounts of multimedia data is becoming increasingly important for the effective conduct of operations”.

“With this equipment, the Australian Defence Force’s capability to use modern information technology to link sensors, weapon systems, commanders and personnel in a networked environment will be greatly enhanced.”

The Defence department said the upgrade would create up to 250 jobs in the supplier sector between now and 2020.

Authorities anticipate the first troops will start accessing parts of their new capability by 2017.