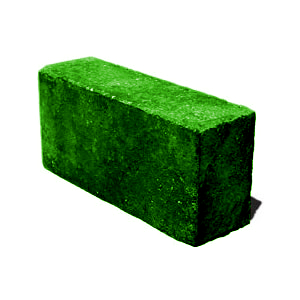 Engineers have found a way to turn old bricks into batteries.

New studies suggest conventional fired bricks can be converted into energy storage units, creating ‘smart bricks’ that can be charged to store electricity, like a battery, until required for powering devices.

Fired brick has been used as a building material for thousands of years, but has rarely found any other use.

Walls and buildings made out of bricks already occupy large amounts of space, which could be better utilised if given a dual-purpose.

Researcher Julio D’Arcy from Washington University had her team have converted red bricks into a type of energy storage device called a supercapacitor.

They take advantage of the brick’s porous structure to vapour deposit a layer of a conducting polymer called PEDOT throughout the brick, converting it into an energy storing electrode.

The red pigment in bricks, iron oxide (rust), is essential for triggering the polymerisation reaction. A proof-of-concept device is shown with a brick directly powering an LED.

The authors’ calculations suggest that walls made of these energy storing bricks could store a substantial amount of energy.

They say this work could inspire the development of value-added multi-purpose construction materials with electrical energy storage ability.

A paper describing the breakthrough is accessible here.