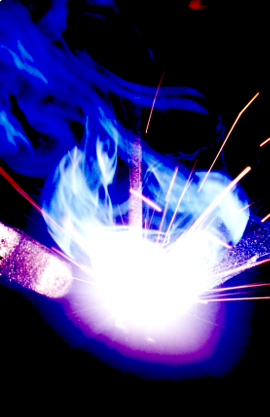 The Construction, Forestry, Mining and Energy Union (CFMEU) says seven maintenance workers have been exposed to asbestos at Alcoa's Kwinana refinery near Perth.

“They were cutting away some roof sheets, they noticed a white powdery substance from in between the sheets,” he told reporters.

“They called the relevant unions, they came and investigated, asked for the substance to be tested; lo and behold, it came back testing positive to asbestos.”

Alcoa has issued a statement saying the health risk to the workers was extremely low, and accused other parties of spreading misinformation.

The company statement said a contractor at the refinery identified insulation tape suspected of containing asbestos covering weld seams in the roof of a tank that was being removed for replacement.

Work reportedly stopped straight away while a licensed asbestos removal contractor was called in to sample the material.

Alcoa says the insulation tape was in a sealed cavity between two layers of the double-skinned steel roof that was installed in the 1960s, and the company was unaware of its presence.

Independent analysis of the material confirmed it contained white asbestos.

Alcoa's chief medical officer Michael Donoghue said the job carried an extremely low health risk due to the non-friable condition of the material, the type of asbestos and the short duration of the task.

The CFMEU, Manufacturing Workers Union and the Electrical Trades Union have called for an urgent audit of Alcoa's operations in Western Australia.

“The workers involved are being given a letter of potential exposure, which is set out amongst WorkCover and WorkSafe legislation, [but] the damage is already done and in 2015, just not good enough,” Mr Buchan said.

“There was a hazardous substance register there as far as that goes, but that should be updated and discussed at toolbox meetings on a regular basis so new starters, new people to the industry, everyone understands the dangers that could exist from your occupation and your daily work duties on these plants.

“They have to be regularly brought to the workers' attention that there is a potential hazard in that particular work area.

“Now that can be done by various means, a lot of the time you'll see that they put a decal or a sticker on the sheets warning that asbestos fibres are underneath and certain permits or procedures have to be followed.

“We'd say that it'd be necessary to have identification at the entrance explaining what potential hazards are within the vicinity or in the area so workers can be alerted prior to any work commencing.”