Fake penises give drug-testers the willies 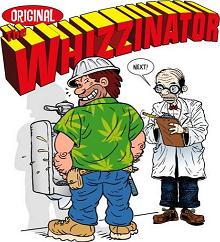 Prosthetic penises and fake urine are among new tools that are helping miners to pass site drug screening.

Queensland Police say drug-users are turning to more and more advanced means of subverting their attempts to keep workplaces safe.

Gold Coast police Superintendent Jim Keogh said in an ABC interview that police could not prosecute for the sale of such items as they are not technically illegal.

“In reality, all they're doing is making a chemical compound in liquid form and selling it, they're not indicating what the purpose of the purchase is, at the time of selling it it's certainly not a dangerous drug,” Keogh said

“So we're quite restricted in that area, albeit sitting behind the scenes here is sinister unlawful intent to test clean going onto a work site where you could compromise the safety of your fellow workmates.”

Fake penises can cost up to $150 for a kit, which comes complete with fake urine and heating pads to simulate body temperature.

Other products used for cheating on drug tests include drinkable masking agents.

“In the good old days we could do a test on it and determine there was no creatinine in it,” he said.

“Creatinine is a by-product of muscle tissue break-down, it's a protein that passes out into the urine and that was a unique mark to tell us we had real urine.

“These days they've got synthetic creatinine as well that they put into the synthetic urine so it's become much harder to actually pick up on the fact it's synthetic.”

But he said fake penises were rarely necessary, and drug testing on minesites is often carried out in a private toilet cubicle.

However, Mr Graham said that having a medical practitioner observe the procedure could lower the chances of cheating.

Education is a useful tool too.

“Spend less on the actual testing, spend more on educating the people this is not a good way to go, this is the sort of testing we can do that will pick it up, if you get picked up cheating you will almost certainly lose your $150,000 a year job,” Mr Graham said.

It is also very difficult to gauge the true level of drug cheating in the industry, as many reports rely on anecdotal evidence.

“We do a lot of forensic testing for the courts, so we have people coming in who say they are clean now, but tell us what they used to do,” he said.

“But self-reported information is not quite a reliable as we’d like, because sometimes the person is big-noting themselves.”

Mr Graham said that drinkable masking agents are some of the greatest risks to drug testing results.

“Australian standards require complete privacy, so people go in [to a toilet cubicle] and they close the door, so that one’s no longer necessary,” he said.

“With observed testing with females, it’s more likely to be a condom full of clean urine vaginally secreted- they’re the sorts of stunts that are played during observed testing.

“Non-observed testing they’re more likely to carry something in, which is why we ask people to empty their pockets and pat them down, but people can still find ways to bring things in.”