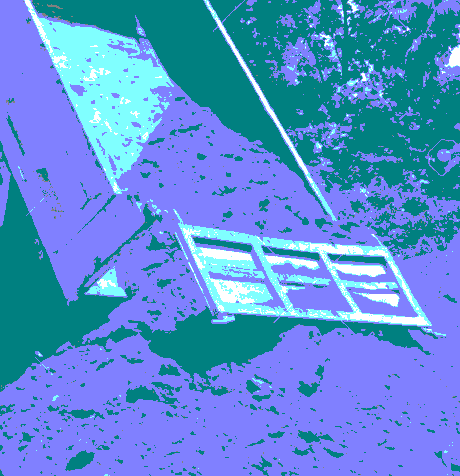 At least 12 waste transport companies are believed to have used the unlicensed dump, which has now been shut down.

When authorities came across it, the dump contained about 50,000 tonnes of commercial, industrial and demolition waste.

EPA regulation director Peter Dolan four illegal dumps have been found outside of Adelaide over the past 18 months, but this was one of the largest ever found.

“It is disturbing,” Mr Dolan said.

“It reminds everybody they really should take their obligations seriously — so if somebody is doing work for you or contracting out work, you really need to make sure they're licensed and licensed appropriately.

“Ask questions about where the waste is going — is it going to landfill properly, is it being recycled where possible?

“Ask those questions and don't accept the lowest possible quote.”

Companies for illegally operating a waste depot or illegally transporting waste face penalties of up to $250,000.

The dump in question is particularly concerning due to its location in a sensitive area of the Murraylands - between the Riverland and the Murray Mouth at Goolwa.

About 120 trucks were observed going to and from the site during the weeks it was under surveillance.

No-one has been prosecuted so far.