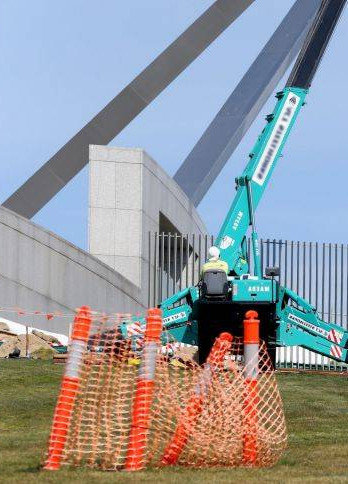 A contractor working on security upgrades at Parliament House has lost a 1000-page security manual.

The document was lost in November and has not been found, but the Department of Parliamentary Services (DPS) says the building's safety has not been compromised.

DPS staff were grilled at Senate Estimates about the security breach.

“The fact that we are spending a lot of money, $126 million approximately, yet some of this may be undone because a security manual, a 1000-page security manual, was lost by another contractor I think is in the public interest,” Senator Kimberly Kitching told estimates.

DPS and Senate President Stephen Parry said that it was an early draft of future security arrangements.

Senator Parry said a full investigation by the AFP and ASIO was not necessary.

“You start off with the worst-case scenario — once the investigation was completed, our fears were allayed considerably,” Senator Parry said.

“However, we still don't want to identify aspects of this so people don't go looking in areas we don't want people to go looking.

“We're comfortable at the moment that there's no compromise to the security arrangements at Parliament House.”

Senator Kitching asked DPS staff why they hired a private investigator to track down the document rather than police.

“You're making an assumption about the seriousness of the matter,” DPS official Paul Cooper replied.

He said the contractor had been made to rethink its document handling processes.

Parliament House is part way through a major security overhaul, which includes installing fences that restrict access to its iconic sloping lawns.

Dozens of large trees have been ripped out, while landscapers have dug up the sides of the building to make way for fencing.

“This is probably the ugliest stage it will get, I think there'll be gradual improvement but it's going to remain ugly for a while,” Senator Parry stated.

“I think you'll be pleasantly surprised.”