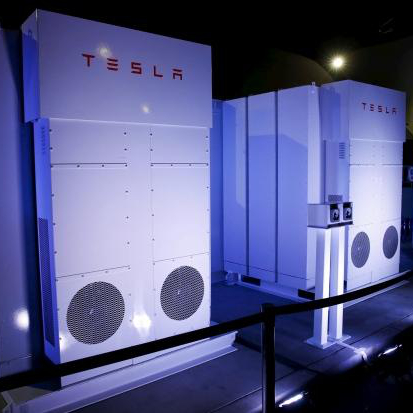 Elon Musk says electric utilities should buy his battery systems or be put out of business by them.

The billionaire founder of Tesla Motors has been plugging his company’s Powerwall home system, which he claims will “fundamentally change the way the world uses energy”.

The system uses banks of back-up batteries to store extra power, reducing the reliance on utility grids for electricity.

It means people can fill up their batteries in off-peak times to reduce their costs during the peak, or can store renewable energy around the clock, reducing their need to access grid supplies at all.

But Musk says he doesn’t see the system acting as a main supply source.

He believes 80 to 90 per cent of sales will be for the largest Powerpack system, designed to help utilities themselves store power off-peak.

Energy storage really is the next big hurdle in the quest for cheaper, cleaner energy.

Tesla has already announced at least 10 commercial installations for its batteries, storing a total of 11.2 megawatts of power, according Bloomberg’s New Energy Finance newsletter.

Analyst expect annual global investment for energy storage will triple from $US800 million in 2014 to $US5.1 billion in 2020, according to the same BNEF report last year.

Musk says he sees the majority of future energy coming from the Sun.