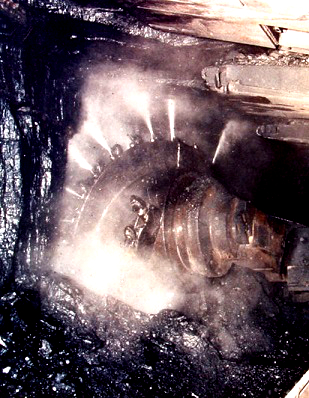 The NSW Government has endorsed Whitehaven Coal's Narrabri mine extension, despite “significant” emissions.

Whitehaven Coal wants to expand its longwall operations at the Narrabri underground mine to prolong the life of the mine by 13 years to 2044.

The NSW Department of Planning and Environment has recommended the plans be approved. The plan now faces a public hearing of the state's Independent Planning Commission on February 14.

The department's assessment found the potential socio-economic benefits of the extension “significantly outweigh its residual costs, and that it is in the public interest”.

This is despite conceding that the project’s direct greenhouse gas emissions would be an estimated 31 million tonnes. The department dubbed these emissions “significant”, but also said they could be mitigated.

“[The emissions] would constitute a very small contribution towards climate change at both the national and global scale,” it said.

The project's Scope 3 emissions - from the eventual burning of the coal - total an estimated 455 million tonnes.

If the approval goes ahead, it would be the second extension granted to a Whitehaven mine in two years.

The company’s Vickery mine extension was approved by state authorities in 2020 and federal Environment Minister Sussan Ley in 2021.

Environmentalists say that the  nine bores owned by adjoining private landholders will experience reduced pressure, and could be drawn down by more than two metres.