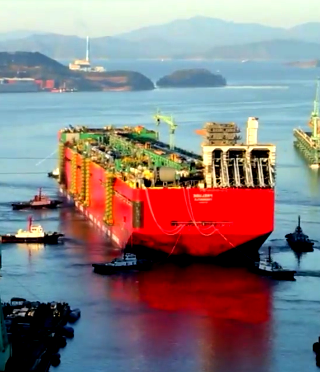 Shell's massive floating LNG factory off the Kimberley coast has been shut down since February.

Prelude FLNG is the largest floating object ever built, and was hailed as the solution to reaching Australia's most remote undersea gas fields.

Shell has never officially stated the cost of Prelude’s construction, but it is estimated to be $12-17 billion.

However, the ship can access gas fields that do not require any land-based approvals, and so was hoped to circumvent issues with building new onshore facilities. It is an incredible machine, combining an LNG facility, staff accommodation, and all other required services into a ship half a kilometre long.

Shell has stated that the facility was shut down in February this year due to “an electrical trip”, and gave no further explanation.

“It is a big deal, and it's also a big embarrassment, and that's one of the reasons why you're not hearing much from Shell,” he said.

“It was hoping to reinvent the way remote gas fields are developed, and you would have to say at this stage that they haven't succeeded.”

Prelude began production over the Browse Basin in December 2018, aiming to export 3.6 million tonnes of LNG each year, but only one cargo has ever left the ship.

The company will not say when it expects Prelude to restart production.

“This is the final phase in the multi-stage, multi-faceted, restart process,” it said in a statement.

“We will be in a stronger position to talk about timing of production and cargo once that has been completed.”