Rio-linked mine accused of pollution 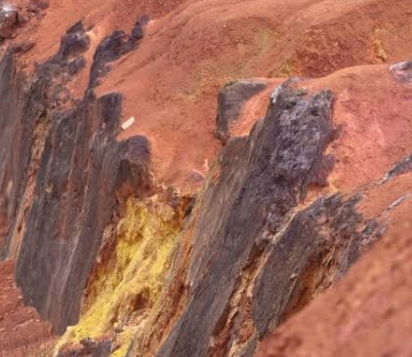 A mine joint-owned by Rio Tinto is polluting a community in Guinea, villagers say.

People living near the mine in the African nation of Guinea say rivers and farmland have been polluted by the mining and surveying activities, and that miners have conducted surveys on their lands without permission.

“In our villages, we ran out of drinking water. After the mine started, most of our backwaters have been polluted,” villager Kounssa Bailo Barry told the ABC.

“The air is polluted. Dust is dropping on our plants. Productivity of the land is reduced. There's less cultivable soil available.”

The bauxite mine in the Boke region, is operated by a company called Compagnie des Bauxites de Guinee (CBG). CBG is part-owned by Australian mining giant Rio Tinto along with two other companies, Alcoa and Dadco.

Rio Tinto grossed $2.3 billion in revenue from bauxite mines across the globe in 2018, including the one in Guinea.

Residents of 13 villages near the mine have lodged a formal complaint against the private sector lending arm of the World Bank, the International Finance Corporation (IFC), which provided CBG with a $200 million loan in 2016.

It says aluminium produced from the bauxite extracted from the mine has entered the supply chains of multinational companies such as Coca Cola, Red Bull, Audi, BMW, Fiat-Chrysler, Ferrari, Coors and Campbell's Soup.

The complaint accuses the lending organisation of breaching its own standards and international law.

The watchdog, the Compliance Advisor Ombudsman, has begun a mediation process between the villagers, the IFC and the mine owner.

Villagers say the mining company has carried out surveying without asking permission or offering compensation.

“There have been instances where people have come onto [our] land, conducted 10 surveys, which were never registered and never compensated for,” Mr Barry said.

“They don't go through the local authorities. They go straight to the land. It's only when we find them on our fields and ask questions that they tell us what they're doing.

“With the blasting that's going on, our backwaters are all polluted, and there's dust everywhere. So we're mostly concerned about our health.”

Mr Barry said local authorities are on the mining company’s side.

“The problem is the local authorities do not fully support us. We can complain, the community can complain, but we never hear anything back,” he said.

“They don't get involved in the mining activity and when they do, they always intervene in favour of the company.”

Rio Tinto has issued a statement saying: “It is in our policies and standards, which are aligned with the UN Guiding Principles on Business and Human Rights, to identify whether we have caused or contributed to adverse human rights impacts and, if so, to support our business partners to engage in remedy.

“We are therefore supporting CBG's participation, as per our Human Rights Policy and Communities and Social Performance (CSP) standard, in the IFC's grievance mechanism operated by the Compliance Advisor Ombudsman.”