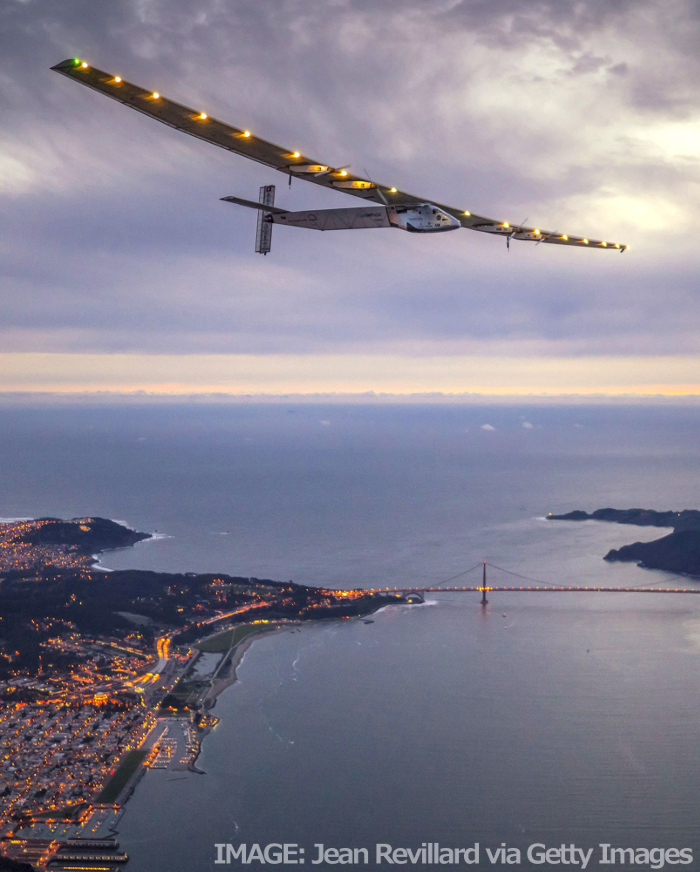 Solar Impulse 2 (SI2) has completed the latest leg of its journey around the world without consuming a drop of fuel.

Solar Impulse landed in California over the weekend, marking the end of the ninth leg of its 13-part journey around the world.

“The Pacific is done, my friend. I love it, but it's done,” said Swiss adventurer Bertrand Piccard after piloting the sun-powered plane from Hawaii to California.

Mr Piccard, is one of two pilots, alternating flights with team-mate Andre Borschberg.

The flight aims to promote renewable energy, using a solar-powered aircraft with over 17,000 photovoltaic cells across its jumbo-jet sized wings.

The Pacific crossing has been the most dangerous part of the journey, made worse by the lack of landing sites.

Mr Piccard said the conditions meant he could not sleep for more than 20 minutes at a time, “because after 20 minutes you have to wake up and control everything and if everything goes well then you can go back to sleep”.

The SI2 was grounded in July last year after a battery malfunction halfway through its circumnavigation.

The plane will now cross the US with a stopover in New York, before crossing the Atlantic to Europe, then back on to the point of departure in Abu Dhabi.

Updated information is available at the Solar Impulse official site.