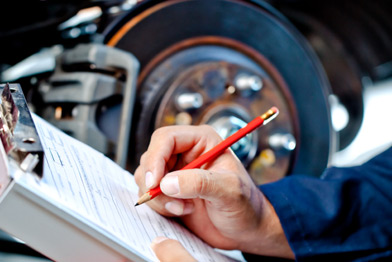 Transpacific has been hit with one of the heaviest penalties seen in Australia for a breach of occupational health and safety laws.

The company was fined for systemic failures leading to road death, following a crash in a garbage truck run by a subsidiary of Transpacific.

The crash happened in 2011, when a garbage truck from the company Cleanaway (owned by Transpacific) hit a stationary van on West Swan Road in Caversham, WA.

The van only became visible to the Cleanaway driver when the car in front suddenly pulled out to avoid it.

The driver applied the brakes and sent the truck skidding 60 metres, hitting the stationary van and continuing to skid into the opposite lane, hitting a wagon travelling in the opposite direction.

The investigation following the crash revealed that the truck’s automatic slack adjusters, which compensate for wear in the brake pads, were not fastened properly.

Authorities found that if they had been properly attached, the truck would have been able to brake in time to avoid hitting either the van or the wagon.

In fact, it was only fixed when Transpacific received an improvement notice, requiring the brakes on all its heavy vehicles to be serviced and brought up to the manufacturer’s expected level.

This simple, ongoing mistake resulted in the death of one person and the injury of another, as well as ongoing pain for the Cleanaway driver as Transpacific attempted, unsuccessfully, to partially blame him for the accident.

Comcare commenced a prosecution against Transpacific, on the allegation that it failed to take all reasonable steps to protect the health and safety of its employees and the public.

Transpacific largely admitted to the breaches as alleged, and argued that all four breaches were part of the same course of conduct, and so should be treated as one breach.

The judge ruled that the incident itself would be treated separately to the subsequent failures to identify the defect, which could be treated as a single course of conduct.

The figure represents 75 per cent of the maximum penalty that could have been applied, and Transpacific was also ordered to pay Comcare’s costs.