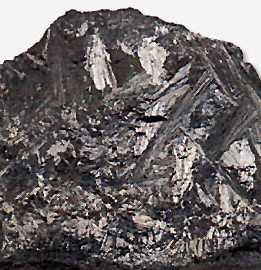 The open cut Woodie Woodie manganese mine in Western Australia’s Pilbara will be mothballed next month, putting hundreds of jobs on the line.

Mine owner and operator Consolidated Minerals Australia (ConsMin) says the project will enter a care and maintenance phase due to the broad downturn in resources.

The decisions means about around 330 direct employees and 50 contractors could lose their jobs.

“Despite the relentless efforts and substantial achievements of our leadership group, our employees and our suppliers to transform Woodie Woodie into a globally competitive operation which we can all be proud of, the price for manganese ore is now so low that continuing to operate is no longer an option,” ConsMin managing director Australia Paul Muller said.

The Woodie Woodie mine’s fly-in, fly-out workforce will be cut to just 15 workers in Perth and 15 onsite, which the company says will allow operations to restart at short notice.

All other employees are set to receive full redundancy entitlements and support from the company.

“The market for manganese has been depressed for quite some time, so basically even before the iron ore price was correcting aggressively, it was under pressure,” Mr Sala Tenna said.

“It's just not economically viable for a project such as Woodie Woodie to operate in that sort of environment.”

“We are of the view this operation won't be restarted anytime in the near future and we can't see recovery of the manganese price any time soon. It's another blow to the western mining community.

“We wouldn't expect any of these operations that have been put on care maintenance in the short term to return to production.

“There are a lot costs involved to remobilise a site. You really need commodity prices to move not just a little higher, but a sustained rally high to encourage any of these operations to come back online.”