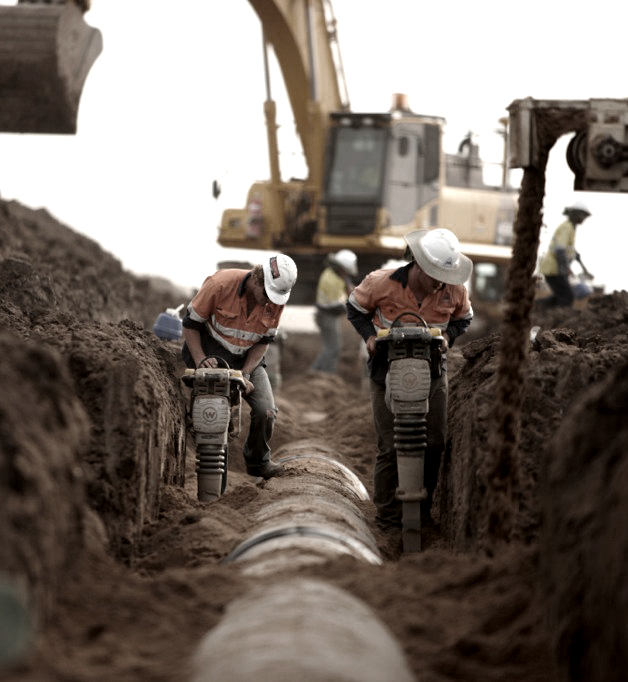 Authorities say the construction boom from the CSG industry in Queensland has ended before many could see the benefit.

Cr Ray Brown, mayor of the rural district of Western Downs, says the CSG industry is now shedding jobs after completing work much faster than expected.

For some it is emblematic of the resources industry's effect on regional communities, where businesses rush to exploit new plots before leaving just as quickly.

The building boom reached its peak of about 40,000 jobs in mid-2014, and now needs far fewer workers.

It means a return to tough times for the housing and employment markets in towns such as Dalby, Chinchilla and Roma.

While some workers have found themselves without a job for the first time in years, industry lobbies say it is just part of the market.

“If you draw a line between Dalby all the way across to Roma and up to Moranbah, which is regional Queensland, there are 18,000 people employed in that triangle at the moment,” Australian Petroleum Production and Exploration Association chief Rick Wilkinson told reporters.

“Probably a little over half of those are still in the construction phase, so we're looking at about 8,000 to 9,000 people who will be required for well maintenance, remediation programs and monitoring of the activities.”

Cr Brown said one of the only choices for some locals was to cover their land in dozens of CSG wells.

The mayor did concede, however, that the energy industry showered his electorate with projects they could not otherwise have afforded.

“What the CSG industry and the energy sector's done with Western Downs is we've actually upgraded all our infrastructure that should've been done over the last 50 years, we've done it in two years,” he said.

“The last time we had major upgrades to our water and sewerage was actually after the World War II. So we've renewed everything.”

“There's still a huge drill program ahead for the next 20 to 30 years so that's still going to be continued,” he said.